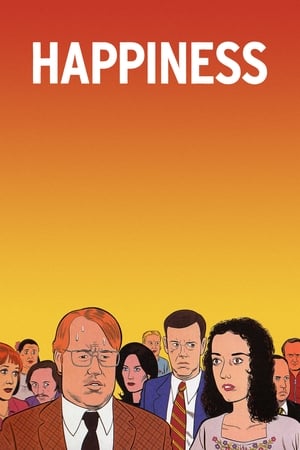 Overview: The lives of many individuals connected by the desire for happiness, often from sources usually considered dark or evil.

I don't know if I liked this movie at all; it's incredibly disturbing and I was uncomfortable the entire time. Every new scene is "Oh no, they wouldn't do that, right? This is a real movie that was distributed to theaters, there can't possibly be that kind of thing in a real movie that people saw at Mall Cinema 12!?!" Happiness is wonderfully written, shot, and acted, so that's good, but the story gets really disjointed with the constant flipping between characters (a few of which really don't have a reason to exist). It does an okay job juggling the multiple story lines, but some get more love than others and characters like Philip Seymour Hoffman's character are so tangentially related to the other characters that his story feels extraneous. That was the biggest issue for me, but for the average person, the controversial topics the movie includes will be the big turn off. Sundance wouldn't even exhibit the film because of it's themes. I imagine most people would immediately reject the movie is they read a synopsis. What I appreciate is that in 2020, most film makers would have had Happiness been a movie that runs solely on cringe, but Todd Solondz made a dark, dark comedy that still hits the emotional notes. There is definitely a cringe element (the lengthy conversations between father and young son about masturbation), but that's not what the film is about. Will I ever watch this movie again? Probably not, but I'm glad that I did and it's worth watching.