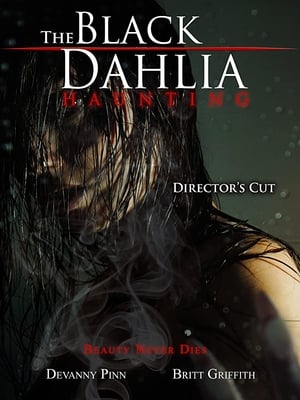 Overview: While investigating the murder of her father by her blind younger brother, a young woman disturbs the vengeful spirit of Elizabeth Short, known in legend as "The Black Dahlia".

The Black Dahlia Haunting completely incompetent; I can't even credit them for having acceptable camera quality, because they don't even manage to get that. All of the acting is awful, the story is incomprehensible, the effects terrible, and the only real gore we get in a character that we first see already cut up and covered in blood and we don't get to see it happen. The whole thing looks like a 2007 YouTube skit, but with much worse acting. The plot is total nonsense with many scenes having no purpose. Somewhere in here is a simple plot idea, but there are so many additional layers of shit that absolutely kill any potential the film had. There are multiple characters who either don't have any motive for what they are doing or have no reason to exist at all. There isn't even any character to latch on to or root for. The main character is a total jerk and the actress has no charisma. Twice she gets a call from her boyfriend(?) who says that he misses her. Her response the first time is "OK" and the second time she just says "Bye" and hangs up. The plot drags constantly and there are so many inconsistencies and plot holes that I found it impossible to follow. Our main character flies into LA because her half-brother's therapist requests it. We are never told why and it is never addressed. Instead, the sister now decides she wants to see her half-brother even though they haven't communicated in many years. the brother is in an institution (which appears to be a college dorm kind of scenario, which is weird because he is a convicted murder, but there doesn't appear to be any security, staff, or any sort of limits on what he is allowed to have.). The therapist is very suspicious about her desire to see her brother. So, the therapist has tracked down the main character (which he says was very difficult) and asks her to come to LA, but he doesn't have any intention of letting her see her brother, but also doesn't seem to have any other reason for bringing her to LA. What is she here for then? There is another character, Malcolm, who i think hears voices, but he never does anything important and has no effect of the story. No exaggeration, if we cut out every scene he is in, the movie would make more sense; he is not referenced by any other character, ever. The camera quality is bad, the sound mixing is off, and the editing is too abrupt. There is nothing to commend this film for. Even the gore makes no sense, as characters bleed for no reason and when there is physicality that draws blood, it doesn't come from the right place. One character is repeatedly punched in the face, but the only blood she ever gets is at her hairline on her forehead, not her nose, not her mouth, not from a cut or abrasion on her check, but from a place she wasn't even touched. The guy dong the punching then goes to wash off the blood from his knuckles, but there isn't any and they don't even bother to fake it by making the water pink. The Black Dahlia Haunting isn't the worst movie I've ever seen, but it tires very hard to be.