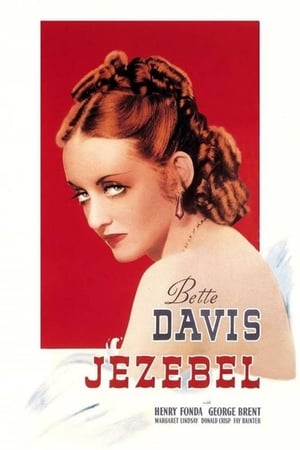 Overview: In 1850s Louisiana, the willfulness of a tempestuous Southern belle threatens to destroy all who care for her.

From her entrance 7 minutes into the film, wearing black riding a black stallion that is spirited, one can’t help but be mesmerized by Julie Marsden (Bette Davis) as she is late for her own party and opts to not change her dress and attend it wearing her riding dress tells you exactly what sort of person her character is: wild, willful and a force of nature. She clearly dominates the film with her sassiness and how she carries herself: like a modern woman living in the wrong era, which is her strength and ultimately her demise. It’s a simple story of love gone awry due to Julie’s sassiness that is too much for her banker boyfriend Preston Dillard (Henry Fonda) to handle that results in his leaving her after she insists on wearing a red dress that is a major faux pas in society as white is the only color to be worn by self respecting southern gals, causing an uproar in the Olympus Ball that resulted in Preston leaving her and returning after a year’s absence with a new wife Amy Bradford Dillard (Margaret Lindsay) in hand. It is also a tale of redemption and understanding of human nature. Bette Davis’ compelling portrayal earned her second Oscar for the role.