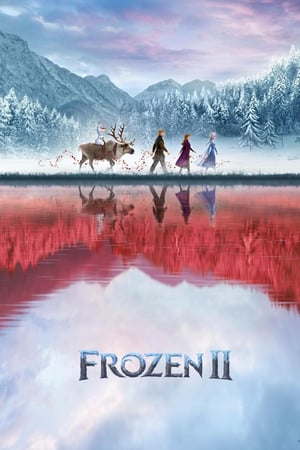 Overview: Elsa, Anna, Kristoff and Olaf head far into the forest to learn the truth about an ancient mystery of their kingdom.

I unashamedly love the first Frozen. As an almost 30 year old man, I recognize that I'm not the core audience for these films, but the first had so many bright spots. Frozen 2 is slightly above room temperature. The biggest problem is that their just isn't enough plot for an entire movie here and what we do get is incredibly weak and doesn't have any real narrative thrust. The voice-acting is still all great and the vocals on the songs are stellar, but we again run into the problem of songs only existing for exposition dumps. Frozen 2 adds even more filler songs an honestly, filler everywhere. We have entire sequences that only exist to get to a song that we don't need. The actual plot really should have been a short, like Toy Story does. There isn't 100 minutes of real narrative story here; there is maybe 30, perfect for something like Toy Story That Time Forgot or Toy Story: Hawaiian Vacation. The little story we do get is poorly done and the bulk of the story is just Elsa; it's like 65% Elsa, 40% Anna, 5% Kristoff and none of it is particularly interesting. Else has important, serious business to take care of, Anna thinks she needs to go too even though she has no abilities of any note and is just a huge liability, and Kristoff tires to propose for 100 minutes. Elsa is easily my favorite character, so I didn't mind her getting most of the screen time, but they absolutely waste Kristoff. I understand that they really want to push the Girl Power element of the Frozen Franchise, but they cut out everything Kristoff was in the first movie to make him a clumsy goof who is bad at being romantic or whatever. Without spoiling the big events of the plot, I can say that it makes no sense and really only raises even more questions and it ends with a terrible decision for Arendelle and the series as a whole (should it continue). The first Frozen could have but out the rock troll people and been almost perfect; Frozen 2 doesn't even need to exist. It doesn't further the story or even answer the questions that it raises. I liked spending more time in Arendelle and getting more of a glimpse at the things beyond its gates, but they could have done three or four shorts and sold that as a Blu-Ray. As disappointed as I was with this sequel, I'll certainly watch another, but I really think that they (again) finish on a note that should end the larger series and leave the space open for shorts or spin-offs, but please, no more rock troll guys!