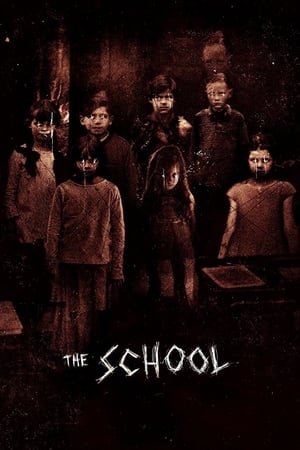 Overview: When a doctor looking for her missing child awakens to find herself in an abandoned school, she must survive the supernatural terror and face her own demons if she is to find the truth about where her son is.

The School has all of the parts of a film, but every one is terrible. There is a story, but it is so convoluted that, at best, you can only get a vague grasp of what they are trying to do. There are tons of unaddressed elements of the story that they blow past. The acting is absolutely awful. The main character doesn't understand which emotion is appropriate for the scene and the antagonist, I guess, was told to channel all of the versions of The Joker and blend them together. Everything he does is so cabaret and overacted. The script certainly doesn't help, having him talk in limericks that randomly break their own rhyme scheme. The kids all get the most generic lines, which is good because they can't act. The camera has focus problems and the score is obnoxiously cliche. Even though all of these problems are big, they are just examples of how little care was paid to this film; there is no attention to detail. There s a scene where our main character is looking through the bottom middle pane of 6 pane window. When we are on her side of the window, there is foggy glass in the pane and when we are on the other side, there is clearly no glass there; we even see her fingers go beyond the window frame and a few minutes later, another character sticks his whole hand through. The main character tells a group of kids that she will be like their "mummy" and half an hour later she asks one why he keeps calling her "mummy". You told him to! Every time the characters need to be quiet, Timmy (easily the worst actor in the entire film) yells "We have to be quiet or they'll hear us!!!" and he likes to peak half of his body around corners to see if anyone is there, and then just stay there, in full view, until someone does. Does Timmy say, "Hey guys, they bad dudes are here?" nope, he just wait until the bad guys see him and then returns to his side of the corner and waits. The story is all out of order and it makes no sense. Things happen for no reason and are never explained and things that have happened before the movie that are pertinent to film are never mentioned. This almost feels like they had six hour long episodes, clipped the most dramatic scene from each, carried them down to the studio, plopped them on the table, shuffled them up, and pasted them in the program. The writer/director had only done shorts prior to The School and seems to mostly have done work on the technical side of film, so maybe I should cut him some slack, but just can't. I can't even say there are the pieces for a good movie here or there were moments of brilliance. The School is a movie, I'll give it that. There is a story, it has characters, and it is filmed on a set. The story sucks, the actors an their lines are all terrible, and even the sets are just lazy and cluttered. It's like he woke up and tried to write down a his dream half an hour later and that is this movie.