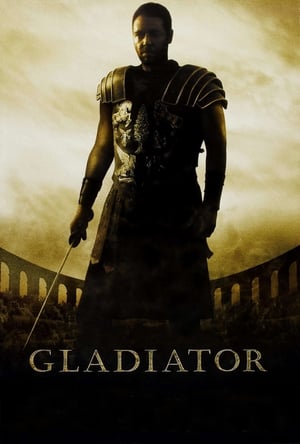 Overview: In the year 180, the death of emperor Marcus Aurelius throws the Roman Empire into chaos. Maximus is one of the Roman army's most capable and trusted generals and a key advisor to the emperor. As Marcus' devious son Commodus ascends to the throne, Maximus is set to be executed. He escapes, but is captured by slave traders. Renamed Spaniard and forced to become a gladiator, Maximus must battle to the death with other men for the amusement of paying audiences.

Gladiator was almost perfect. The acting was pretty great, the pacing was solid for a 2.5 hour movie, and the effects are good. The story isn't anything new or different, but it's compelling none the less. My problems are all with the style of some of the elements. The biggest issue for me is the use of slow motion when there is really no reason for it. There isn't anything that benefits from being seen in slo-mo and it only distracts from the action and a few times it had me thinking that there was an issue with the WiFi. It did appear that they were occasionally using the slo-mo to hide some issues with the fight choreography. In general, the fights look pretty good (and they better in a movie about a gladiator) and the blood looked surprisingly fine, but the choreography wasn't always great. There were a few fight scenes that felt wonky or were just missing something, but unlike some other films, all of the fights made sense and even in the big, epic ones, I always understood what was going on and could follow the action. The score itself is great (it is Hans Zimmer after all) but there were a few times where it wasn't quite matching up with the tone of the scene. One of the songs was almost identical to the Pirates of the Caribbean theme, which I realize came out afterwards and I don't count against Gladiator, but it was a little distracting. Really, Gladiator was surprisingly great. Russel Crowe doesn't have a particularly deep character, but he kills it with what he has. Gladiator could use a little trimming and I didn't like all of the stylistic choices, but it's hard no to appreciate it for everything else it does so very right.