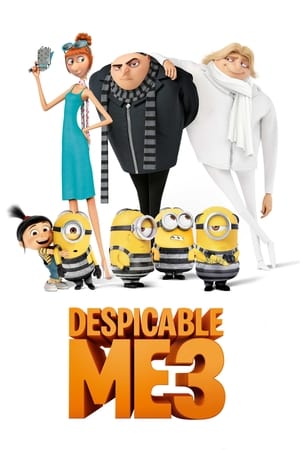 I can appreciate what they were trying to do with the story, but it just doesn't work. Gru's brother has no set character and his motivations fluctuate from scene to scene. Gru and Dru's relationship is the most confusing as the get close and pull apart randomly. The animation is the same as the other Despicable Me movies and the character designs are still bad, but I'm more hung up on why on Earth they would let Pharrell do the soundtrack again. There are a few licensed songs that are okay, but everything else feels like Pharrell just trying to get his friends a paycheck. These songs do not match the tone of the scene and are kind of inappropriate for a kids movie when you listen to the lyrics. It's like all he understands is "slow song goes here" so he calls up his bro for any slow song in his catalog. Looking at the credits, most of the worst songs were his own songs (go figure). I really didn't care for the movie and found it pretty boring really, but Pharrell's abysmal soundtrack is easily the most offensive part.