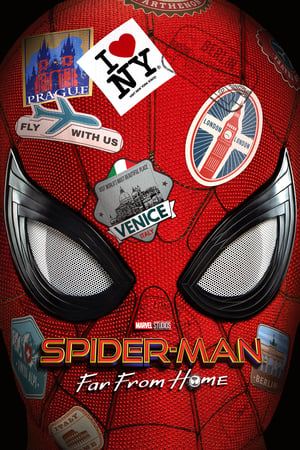 Spider-Man: Far from Perfect is one step forward and threes steps back. Jake Gyllenhaal is easily the highlight of the entire movie. The story is very messy, but Gyllenhaal elevates the film a lot. Tom Holland does the best he can, but they don't give him much opportunity to be Spider-Man. He doesn't get any snappy one-liners and his plot-line with MJ takes up way too much time and is cliche and awful. Samuel L. Jackson is terrible, but he always is, so it's expected at this point. The effects are a mixed bag. Far from Home is the 23rd film in the MCU, so there is no excuse for bad CGI. Most of it is pretty good, but there are a few scenes that looked really bad. The plot for this one is okay, but they give too much time to stupid side plots and they make some really bad decisions with plot directions. There are far too many really interesting concepts that they undo. The movie is bloated with too many characters, most of which could easily be eliminated, and the entire idea of this film being "abroad" is largely irrelevant. They made a big deal in the promotion of this film about it being filmed on-site all across Europe and in the end it doesn't really matter. We see very little of what makes each location unique and historic and there isn't a compelling reason for the movie to even be there. I like Gyllenhaal's portrayal of Mysterio (minus some very spoilery stuff), but the ending is very lame. Really, most of the action scenes are anti-climactic, which is a mood-killer for a Marvel movie. We're supposed to leave an MCU movie with vivid memories of big action scenes, but it's been about fifteen minutes since the film ended and I'm already having trouble recalling anything from them. With just these issue's, we could still have a passable Marvel movie that falls in the bottom half , but the biggest flaw knocks it down to the bottom quarter. MJ is a terrible character, Zendaya is an awful actress, and her entire role in the MCU Spider-Man films is a sad place-holder for a real MJ, Mary Jane Watson. They call her MJ and she's Spider-Man's lover interest (although I have no idea what he sees in her), but "Oh, she's not Mary Jane. We named her Michelle Jones so that you can't complain about her not being a good Mary Jane. The initials are just a silly coincidence; isn't that weird?" No, you are clearly reinventing MJ and your version is the worst. She adds nothing to the story and there is zero chemistry between Holland and Zendaya. Every scene she is in just gets all of the energy sucked out of it. None of her lines are funny and none of her scenes are remotely convincing. I understand that the MCU is separate from the comics and they are free to do what they want, but what they want sucks. In general, even the things that I did like in the first half of the film gets totally ruined by the ending. The first post-credit scene is interesting, but I have big concerns about its impact in the future and the second scene takes what should have been the best part of the entire MCU and makes it a stupid joke (that makes zero sense after you've seen the movie). Spider-Man: Far from Home is the most disappointing Marvel movie yet.