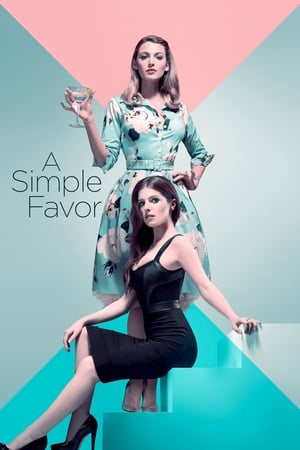 I was very excited to see the movie the trailers for A Simple Favor showed. What I got was a very Paul Feig version of the premise. If we split the movie into thirds, the first third is exactly what I wanted, the second third was way off base, and the last third was just wrong. Blake Lively is great and her character adds the perfect kind of dark humor to stop this movie from feeling too much like Gone Girl. The issue here is that Paul Feig refuses to just let this movie be an exciting thriller/drama; he just has to make it goofy. Anna Kendrick plays Anna Kendrick, which means her character is incredibly unlikable with her constant quirky, goody-two-shoes shtick and it's way too much. Even if we put her character aside for a moment, the rest of the film is just way too goofy. Lively's character has a lot of fun dark humor, but everyone else is constantly chirping in with the dumbest middle school jokes. A Simple Favor with anyone else at the helm could be a perfect film, but Feig insists on dumbing it down. The humor here is like if you told a pre-teen Disney star to be edgy. "Uh oh, that lady said a bad word to her child! HAHA! Now she's wearing a shirt with giant pompons on it!" As much as I hate remakes, this would be a great story for a better producer & director to pick up in ten years, long after everyone has forgotten that this film even existed.