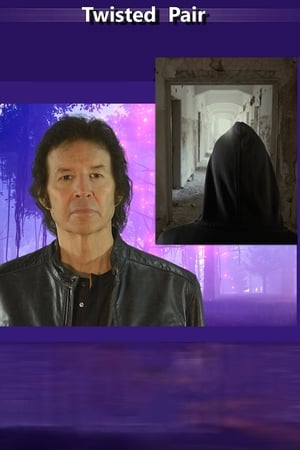 Twisted Pair is peak Neil Breen, in the best and worst ways. Obviously, the acting is awful, the effects are terrible, and the story is absolute nonsense, but Twisted Pair just has too many Breen monologues. The first fifteen or so minutes is just Breen talking over generic stock footage of scientists and technicians poking CGI computer menus and it's so boring. None if it makes any sense and I think Breen just googled "Technology words" and tried to form sentences because he clearly doesn't understand what AI or any of the things he's talking about means. Fateful findings didn't have a main plot, but at least I understood the story Breen was trying to tell. Twisted Pair is three or four separate plot lines its trying to juggle only to end after kind of addressing one. There are far too many plot threads that have zero resolution. I don't want to spoil any of the absolutely ridiculous mess that is Twisted Pair, but just to give the uninitiated a vague idea of what this movie is, I have to paint you a picture. One of the first scenes is entirely Breen in front of a green screen. What we see is clearly paused stock footage of three soldiers in a ruined building. In comes crouching Breen (again, clearly green screen) walking past them with ADR (his mouth never moves and the sound quality makes it clear that it's being added in post) telling them to follow him because he can not be hurt and he will protect them at which point the stock footage plays and the soldiers walk towards the camera. The sequence ends a few minutes later with Breen leaping (a terrible CGI animation that he reuses for jumping up and jumping down) from the building as it gets explosion animations pasted on top. I'm not sure if the soldiers get out, but that's clearly not the purpose of this scene, so Breen doesn't care. Every couple of minutes everyone watching with me is asking questions because there are jut so many terrible things in Twisted Pair. Between the awful CGI, the tons of stock footage,, 90% of the film being filmed on a college campus (meaning every laboratory and head quarters is a classroom and the dirty alley is just a homeless man and his rubber rats sitting against a railing on the campus sidewalk), the terrible props (including a fake mustache where we can literally see the tape holding it on), and unaddressed plot lines. Breen makes the perfect "good bad" movies and Twisted Pair is no exception. The only thing holding Twisted Pair back from being a perfect terrible movie are the constant dull monologues where Breen says nothing of importance and just drones for no reason. I don't need to hear Breen blurt out "Technological warfare. Technological DNA. Cybernetic terrorism." over and over. If he spent that time addressing a few of the many, many questions we are left with, Twisted Pair could be perfect. It's hard to not talk about my various issues with the plot, but half of the fun of a Breen film is experiencing the insanity for yourself, so I won't. How do you even rate/review a film like this? Obviously it's terrible, but it's terrible in all the best ways. Hell, just being able to watch the movie is a trip. Breen owns the copyright for all his movies and refuses to put them on streaming services or sell them through third parties. You have to order Twisted Pair through http://www.twisted-pair-film.com/ and Breen will burn you a copy and send it in a generic jewel CD case. Breen's first two films are totally unavailable because "Neil Breen, the sole legal owner to all rights to the film has taken it off the market. It’s not for sale anywhere." Breen films are a totally unique experience that I recommend to everyone. Between the two films I've seen, I prefer Fateful Findings, but Twisted Pair is still great.