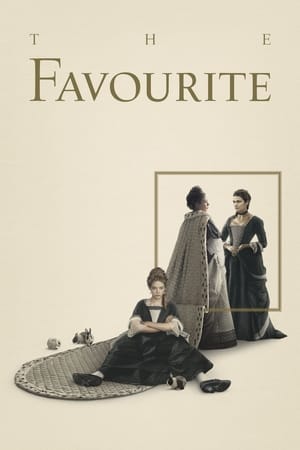 Overview: England, early 18th century. The close relationship between Queen Anne and Sarah Churchill is threatened by the arrival of Sarah's cousin, Abigail Hill, resulting in a bitter rivalry between the two cousins to be the Queen's favourite.

I loved The Favourite. The highlight is the acting, which is incredible. Olivia Colman totally deserves the Oscar she won for Best Actress and both Stone and Weisz were nominated for best supporting actress (although I really don't understand why Colman is considered the main character and not Emma Stone). They are all great, but I really want to mention how surprised I was with Nicholas Hoult. While he was a minor character, he was also very good. Every character does a great job with the wide range of tones. The cinematography, costumes, and sets are all beautiful, although they use a fish eye lens a lot and it doesn't really make sense and it made me a little nauseous. The story isn't the most original, but it's an interesting take on the fairly standard "two people fighting for the attention of another". The Favourite adds a lot of layers to the battle. Had they not started with the witty humor and had writers less talented with dialog, this story could easily have been incredibly boring, but they start off in an almost whimsical way before they dig deeper and deeper into the politics and social maneuvering. The issue I have is that I constantly felt that I wasn't getting enough information. A good part of it is probably that I have no understanding of the real historical background of the time and the "War of the Spanish Succession". I have no idea who these people are and their government structure makes no sense. I wish they offered more explanation of these things, but I can accept that most of that is on me. However, even ignoring the things I didn't get because of my historical ignorance, there are many other times where it feel like whole sequences are missing. Relationships jump forward unrealistically fast and it seems like we didn't get to see their development. It goes beyond things moving too fast; it's like we're only seeing a Cliff Notes version of what's happening. The movie is almost two hours and I hate long movies, but there are scenes that could be trimmed to make time for expository scenes. I loved The Favourite and I'll definitely be watching it again, but I wish they had treated me a little bit more like a moron and gave me a better understanding of what exactly we are dealing with.