See the reason behind the final number
One number just doesn't work without some kind of metric and reasoning behind it. Choose and rate a show based on the 8 categories of what really makes or breaks a movie. 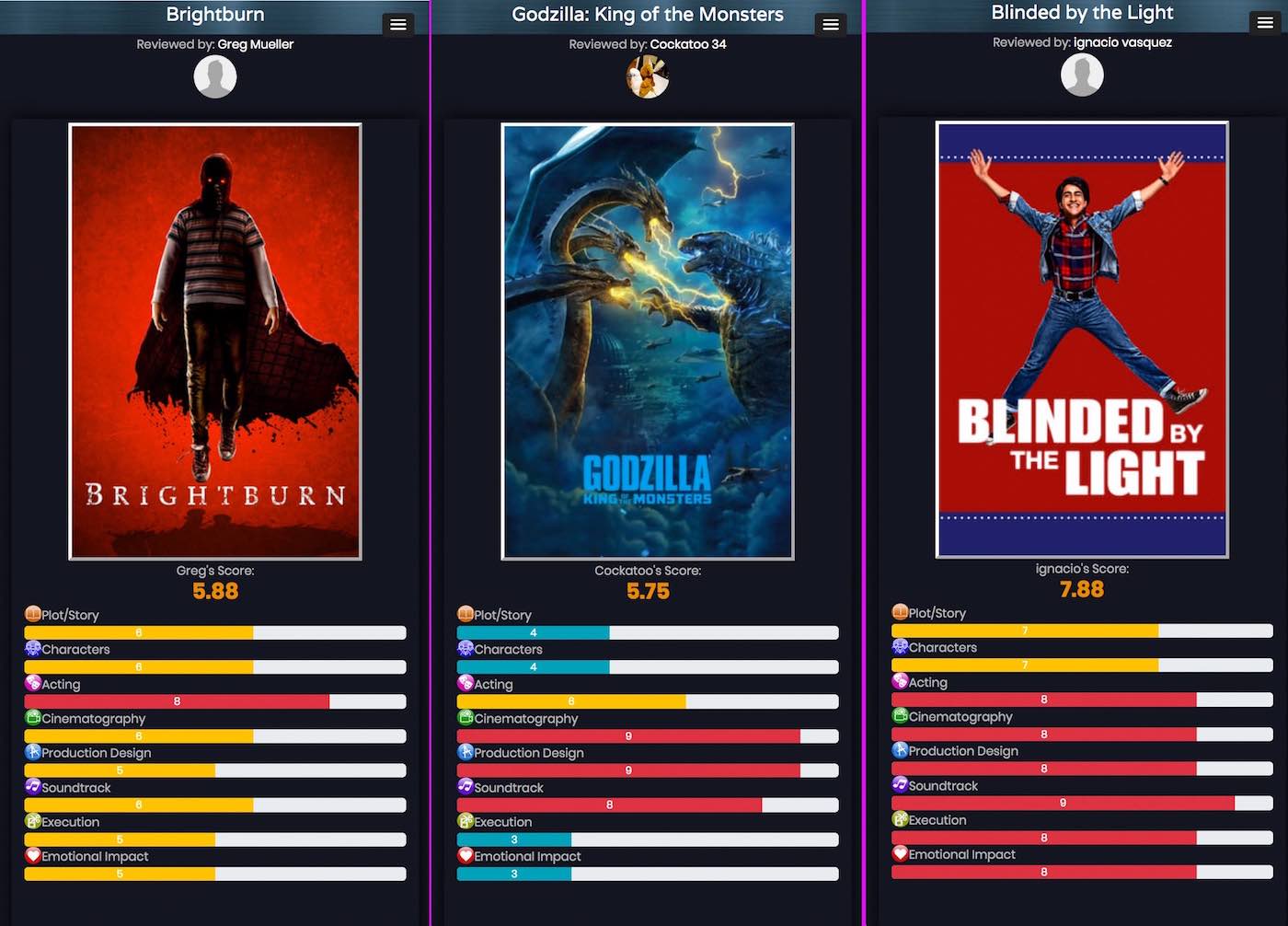 Learn how to rate movies using the 8mm of Film
There are too many elements in film that can be critiqued. We've broken them down to just 8.

THE 8MM OF FILM

1. Plot/Story - The plot are main events that make up the story. The story is everything that unfolds and happens in the movie from beginning to end.

2. Characters - The players in the story. How did you like them and how did they complete the story?

3. Acting - The actors that played the characters and how well they played them.

4. Cinematography - How was it filmed? How did the camera take you through the story, location and events that unfolded?

5. Soundtrack - How did it sound? The sound effects, soundtrack, noise and background music.

6. Production Design - The visual and special effects, the wardrobe, the sets, props, location. How did everything look?

7. Execution - The editing process. How well do you think the first 6 categories were put together to complete the film?

8. Emotional Impact - How did this movie make you feel? Did it make you laugh, cry, angry, sad, fearful, happy?

We don't believe in bad actors
At the end of the day, actors complete the movie, They have placed themselves out there for you to see regardless of what role or dialog they were chosen for. Not all characters are created equal, and some don't even require an ounce of realism in them. With Fadview's Take 5 of Acting, you can rate actors with a balanced approach. 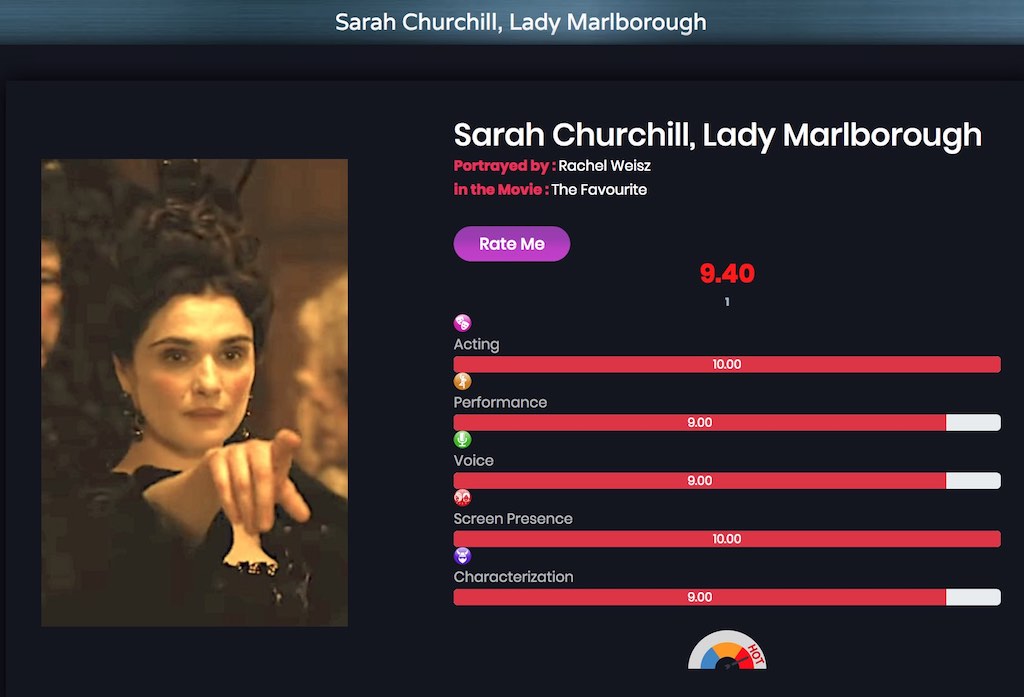 An actor's overall score is based on each character they've played.

1. Acting - The actor's realism in their delivery. Did they evoke emotion in you?

3. Voice - How did they sound? Was their delivery and speech effective? Would you listen to them read from a book?

4. Screen Presence - How long did you hold your gaze to them compared to the other actors? How appealing were they to you? How mesmerized were you to them?

5. Characterization - How well did they connect with the character they were portraying? Did they become the character in your eyes?
Numbers with meaning are good
We deliver truly meaningful scores, combining the categories with the numbers, color coded and spoiler free.