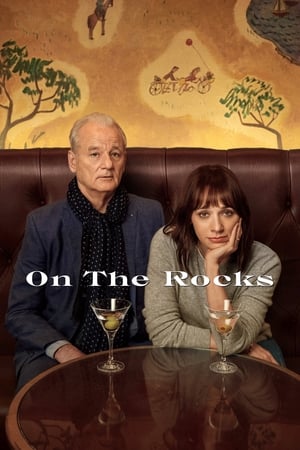 Overview: Faced with sudden doubts about her marriage, a young New York mother teams up with her larger-than-life playboy father to tail her husband.

Another solid and touching effort by Sofia Coppola. Does it equal Lost in Translation? Probably not, but it is a more mature work. Personally, I think Rashida Jones is underrated while Bill Murray is overrated (but much better in his later years than in his youth). Regardless, the chemistry was very good between the two leads. The plot gets a bit too implausible in the second half but it circles back and finishes strongly. Some minor characters were annoying and one, the self-absorbed mother of a young child, should have ended up on the cutting floor. Thankfully, there are many nice moments with just Jones and Murray. Oh, and it's set in New York City. These are more than enough reasons to catch "On the Rocks". Merely 96 minutes in length, the return on investment for each minute spent on this funny, emotional film is very good indeed.