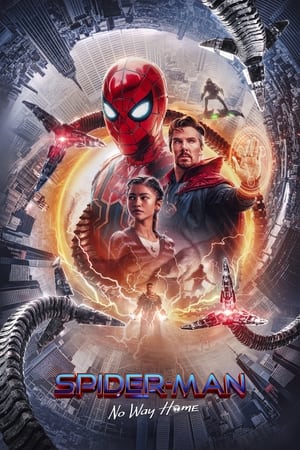 Did I miss something? Of the 3 incarnations of Spider-man, this was by far the weakest and most lackluster so when it did so well in the box office during the pandemic, I had high hopes until I finally saw it and couldn't understand the massive love it got, if we are to judge the movie by itself and not due to the popularity of the actors. What I liked most about the movie is how it starts of and continues right after the last one and there's that real time scenario but as for the plot and what happens, it wasn't as dynamic as the other Spidey movies and how the story progressed didn't translate as fun to me, as a viewer maybe because the scenes weren't as inspired as previous movies and as a whole, it didn't deliver the emotional punch as well as it should have because when that "punch" happened, the movie was clearly lacking for "something" to happen. The script didn't allow me to feel that excited throughout the movie maybe because the bad guys didn't seem as menacing as they did in their original incarnation? And SPOILER ALERT: with 3 Spideys, surely the good guys will win??! And yes, the ending was bittersweet and I bet a lot of teenagers thought this is the saddest ending ever. Please. I've seen much better bittersweet endings delivered in a movie and this wasn't even in the top half quartile of the bunch. I expected more but maybe I should have followed MJ's advise on this one. Ha!