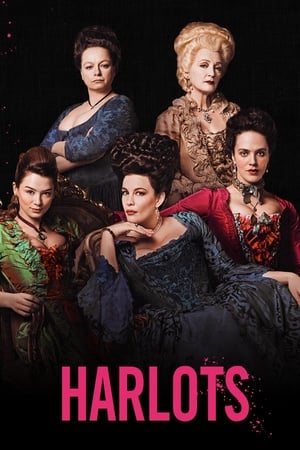 Intrigue, deception, backstabbing, kidnapping, murder, banishment, change of alliances, betrayals, revenge and lots & lots of sex set in London in the late 1700’s. It’s a tale of two houses, two whore houses with the two madams: Margaret Wells (Samantha Morton) and Lydia Quigley (Lesley Manville) at ends plotting the demise of the other. The writing is witty and compelling, the sets and costumes are magnificent and the acting is superb. Jessica Brown Findlay (Lady Sybil from Downton Abbey fame) who plays Charlotte Wells is the standout (along with the two madams) as she convincingly plays her character (a harlot) with such conviction as she commands attention whenever she is on screen. This show has it all: it’s funny, it's sassy, it’s dramatic, it’s beguiling, it’s surprising and enthralling. One can’t help but be drawn to this series and its fabulous cast and find out what happens next. And you will want to know. A winner.